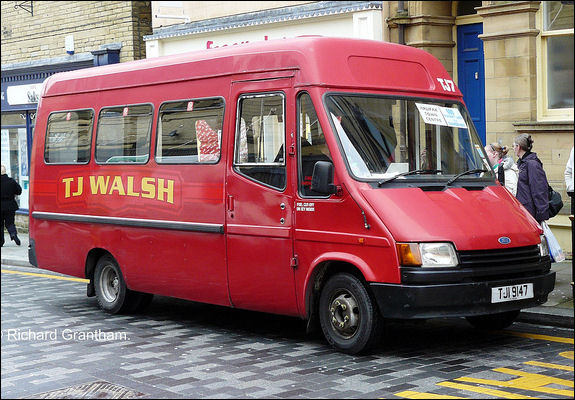 26th October 1986 – As a result of deregulation of bus services all PTEs were compelled to transfer their bus operations to “arms length” public transport companies.

1987 – First public minibus service was started, which ran from West Vale to Denholme via Illingworth.

Early 1994 – TJ Walsh surveyed what was lacking with the bus services in Halifax and realised there was a market for a bus service for shoppers, which ran straight in and out of the town centre and not the bus station.

19th September 1994 – A second bus service was started, the 555 service from Halifax to Siddal. This route ran in the afternoons and used the same bus as the 525 service which ran in the morning.